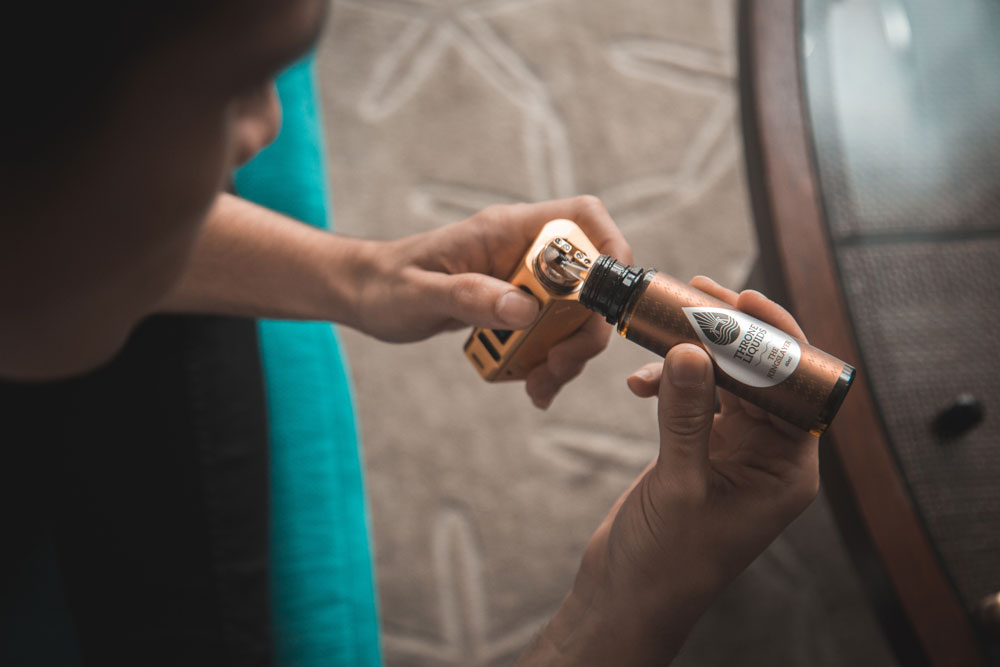 During Substance Abuse Prevention Month, many public campaigns will focus heavily on the problems posed by opioids and other narcotics. While these efforts are important, another potential threat lies mostly unchallenged in the purses, backpacks, desks and drawers of many teens. Prevention Specialists at Compass Mark are aware of the many risks associated with increasing vaping use among young people.

Often considered a safer and cleaner way to smoke, vape manufacturers have been accused of marketing directly to teens and young people by creating attractive, trendy-looking vaping devices. Vaping liquid now comes in thousands of kid-preferred flavors and scents, like bubble gum, mango and gummi bear. The Juul (pronounced “jewel”) brand is particularly accused of this, with the FDA now investigating the company’s marketing practices and the company facing lawsuits from parents.

While seemingly harmless to some, vaping deserves a closer look during this Substance Abuse Prevention Month. A recent study conducted at Penn State found that:

Research is showing that youth who vape now are more likely to adopt smoking cigarettes in the future. This is largely because brain development continues through the mid-twenties.  If the brain’s reward system becomes imbalanced while under development, it can be difficult to regain this normal balance.  A person may continue to look for more ways to satisfy the imbalance, and, at a certain point, vaping may no longer do the job.

Prevention Specialists at Compass Mark are working to strengthen the decision-making and life skills of adolescents, many of whom are faced with daily choices that have serious long-term ramifications. With effective prevention and education, we can work together to create a healthier, more productive community that directs our youth on a path to success.