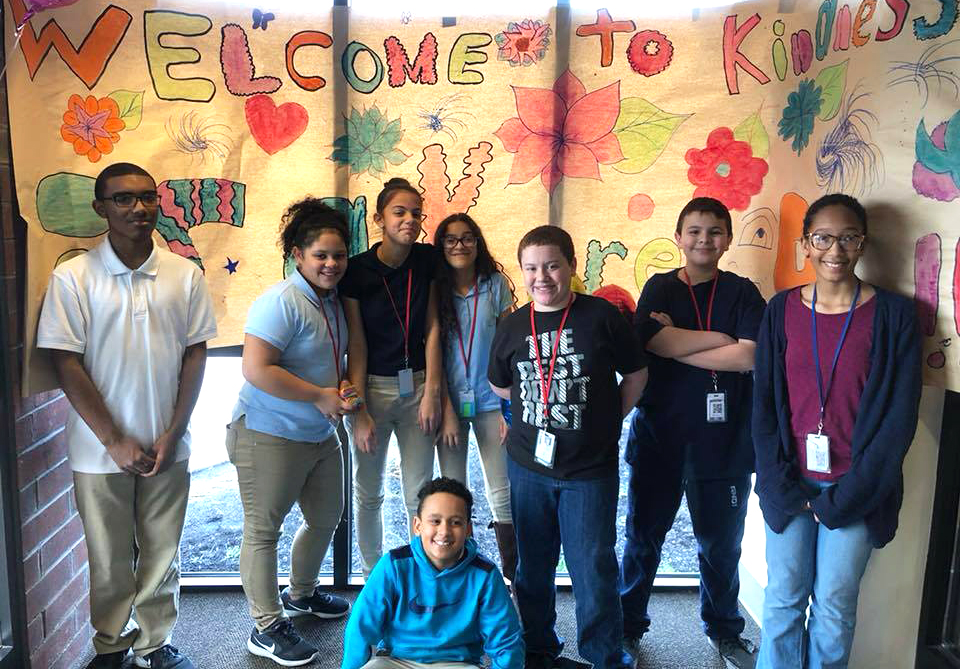 Shaping the Leaders of Tomorrow

When the students of the Leaders of Future Generations (LFG) initiative begin the eight-week program, they are asked to brainstorm and write out answers to four questions: How would you change the world? What about your country? How can you change Pennsylvania? And what can you do within your school and community?

The students’ answers to those questions become the backbone of the after-school program as they plan and implement a service-learning project aimed at making identified positive changes – while simultaneously developing invaluable leadership skills.

“The program uses a specific service project, identified by the students of each cohort, to drive the leadership skill-building aspect,” explained Compass Mark prevention coordinator Matthew Weaver. “Students identified something that was important to them or that they recognized as a need in their school or community, and then that project idea fuels the leadership-based lessons throughout the course of the eight weeks that they are with us.”

The concept for the program was derived from Compass Mark’s longstanding Future Generations after-school program, and, after running a pilot Leadership Institute at Landis Run Intermediate School in 2018, the Leaders of Future Generations program officially launched in the 2018-2019 school year as an expanded combination of the two initiatives.

Throughout the past school year, three Lancaster-area schools, including Landis Run Intermediate School, Lincoln Middle School, and Reynolds Middle School, have each hosted three sessions of the eight-week after-school program, and the resulting student-led projects and the growth in many of the students have both been equally impressive.

“My favorite part is the growth that each student gains throughout the eight weeks,” said Weaver. “It’s not very long to be with students; we’re with them for eight weeks, two days a week. From the very beginning to the last day, they all really gain a sense of belonging in something greater than themselves which is really cool to see happen. They come in as individual students not really understanding the whole concept, and then they leave as a unified unit that has completed something together.” 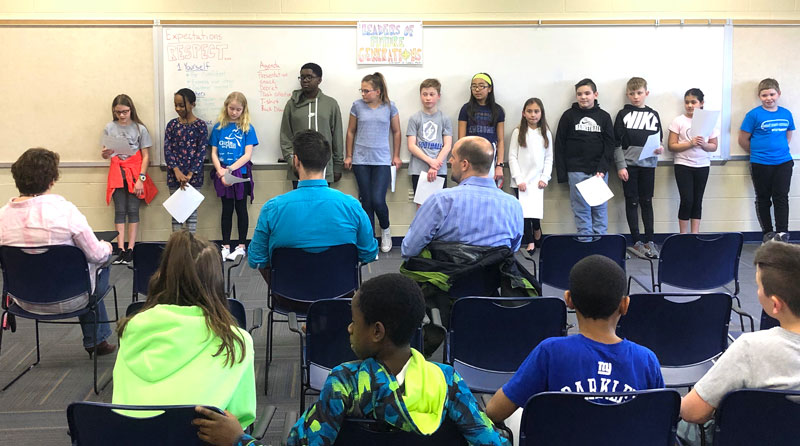 “The first cohort wanted to provide an opportunity to recognize their staff and administration for all the hard work that they do to make their days in school enjoyable and safe,” said Weaver.

Richard Khuu, a Compass Mark Youth Leadership Advocate involved with the program at Landis Run, explained that the students collected letters from their peers and from parents expressing gratitude to the teachers, janitors, bus drivers, and staff for all of their hard work. The letters were presented to the staff members on the culminating day of the project, during which students hosted a special Emmy or Grammy-style award ceremony assembly (appropriately dubbed “the Staffies”), decorated the staff lounge, provided treats, candies, and a relaxation station for the staff, and gave a helping hand in the cafeteria.

With a focus on the environment, the next cohort at Landis Run organized a special environmental awareness day.

“They held a big event incorporating five different stations,” explained Khuu. “We had representatives from a water treatment plant, the Lancaster County Solid Waste Building, and the Nature Park at Lancaster County Park there to talk about how students can really help the environment. Then there were also were two activity stations including an art installation where students glued trash onto a piece of plywood for what become a really cool art project, and the other was a relay race that helped demonstrate the process of recycling paper versus plastic.”

At Reynolds Middle School and Lincoln Middle School, the impressive projects have focused on topics including homelessness, stress management, kindness, and cultural awareness.

“At Reynolds Middle School, one group had a youth homelessness awareness day and made care packages for students in the school who are experiencing homelessness,” said Khuu. “This past group there, we did a project on stress management where they brought in therapy dogs from [Keystone Pet Enhanced Therapy Services] for a quick session in the morning to help de-stress some of the kids. They also made a cart for the school counselor which has a bunch of fun items that can help alleviate tension for students in the classroom.

“I like that the projects are student led,” continued Khuu. “I’m not telling them what they have to do, so they’re really more invested in what they want to do and their ideas; they get so creative. It’s so impressive to see what they can do if given the tools and opportunities.”

No matter the focus of the project, the impact of the student-led initiatives has stretched well-beyond those directly involved in the Leaders of Future Generations groups.

“I really love the fact that not only are the students that we’re engaged with throughout the eight weeks being affected, but they’re doing things that are helping the whole school,” said Weaver. “We work with maybe 15 to 20 students at a time, but it’s affecting all 900 plus students in their school which is incredible.”

“It’s been awesome to see them all step up to the challenge,” said Khuu of the student mentors. “They’re really expected to connect with the students and make sure that the students are comfortable. They also run activities, which gives them more opportunity to grow as leaders and become even better role models for younger students.”

Through the completion of the projects the involved students and student mentors are not only seeing their plans come to fruition and making positive impacts on those around them, they are reducing their own risk factors by developing new peer relationships and strengthening leadership skills and personal resiliency.

“We’ve had quiet kids really come out of their shell toward the end and develop friendships with other students in the program,” said Khuu. “Throughout the projects, there are so many different aspects to take on, and a lot of the kids really thrive and contribute toward the group goal. I enjoy seeing them progress from beginning to end.”

“The program has gone great so far, and we’re looking forward to continuing to grow it,” concluded Weaver. “We’d love to be in one or two more school districts next year, and expand our work with students who have already gone through the program to give more of them opportunities to be involved as mentors.”